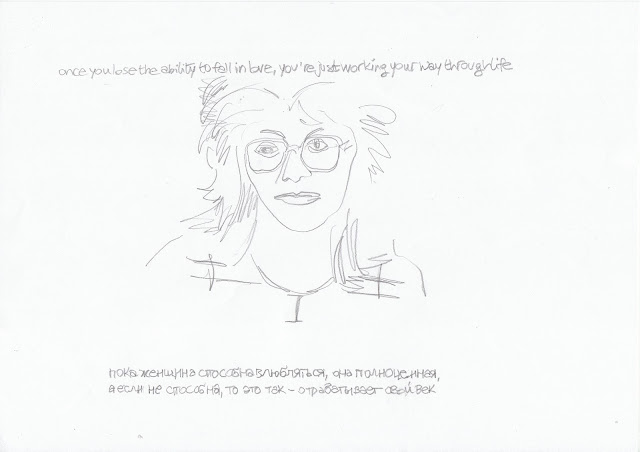 
the film is selected for the festival les Rencontres

see: http://art-action.org/
Director: Eleonore de MontesquiouMusic: Peter Zinovieffwith Kyril Zinoviefflanguage: Russian, English, english subtitles
9 min 45 secb&w format 16:9, HD
The film is a portrait or rather a monologue of Kyril Zinovieff, or Kyril Fitzlyon, his name in exile. Kyril was almost 100 years old when we discussed his feelings and opinions about Russia. He left us when he was 105 years old, and it is about time that I share these moments with all. Kyril Zinovieff was born in 1910 in Saint Petersburg.  He was a child during the Russian Revolution, when his family fled to Estonia and then moved to England. A British intelligence officer, Kyril Zinovieff wrote historical essays about Russia and translated Russian novels.