I am glad and proud that the Contemporary Art Center of Estonia (CCA) is presenting online my film Women of Cerbère: cca.ee/ajakiri 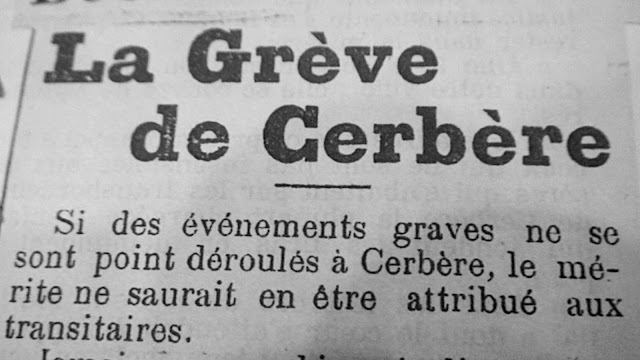 
English subtitles
with the support of the Commune of Cerbère and association Shandynamiques
featuring: Denis Calcine, Dany Puigdevaills, Georgette and Joseph Soler

« In 1906, there was the first women’s strike.
It was in Cerbère in 1906. Why ?
Because they wanted to be paid five or six cents more per ton, per wagon.
The transiters who responsible for the wagons did not accept their request,
so they went on strike. »
Cerbère is a border town between France and Spain.
In Cerbère, Spanish and French trains must stop, because the width of the rails differs
in both countries. Until the 1980s, goods had to be carried from one train to another.
The women of Cerbère and the région were working as « transbordeuses »,
it was their task to carry the oranges in large baskets.
The men had heavier goods to carry.
In 1906, these women went on strike and it was the first women’s strike
in France. Nowadays, this specific work does not exist anymore.
The film « Femmes de Cerbère » is an hommage to these strong women
and those times and could be made thanks to the participation
of the last « transbordeuse », and children of « transbordeuses »
as well as archive material.